What effects can music have on student success?

Music has been touted as an aid for a variety of things, but it can be a controversial topic. Some people are convinced their performance on professional and academic matters is better when they are listening to music, while others claim the opposite.

We love music at Musical Instru, so we decided it was time to look at the subject through the eyes of a research project. We found an interesting one to highlight!  Hopefully, this will give you the information you need to see if music can be used as another tool to benefit your day-to-day classroom and life.

The Impact On Student Achievement

An education professional conducted a study of four weeks in an elementary classroom. It compared the impact of playing classical music versus pop music as background music on student achievement in reading subjects.

The total population was 17 students from an elementary school in a rural school district within Western New York. They were selected in a non-random, convenience sampling.

The researcher quoted a series of previous works to paint a “map” of proven facts and statistics of music usage on academic performance. We wholeheartedly suggest you take a look at the comprehensive list, but for the sake of brevity, we included two studies that we believe are important in the resource section of this article.

Each of the studies we found proved or suggested that music can indeed improve the learning of students, significantly so in reading.

The first week of the study, music was not played in the background, but baseline quiz scores were recorded.

The second week, classical music was played during independent work in reading and quiz scores for the week were recorded.  At the end of week two, students were given a survey to answer whether classical music had helped them or not.

The third week, music was not played, and quiz scores were recorded.

The fourth week, pop music was played during independent work in reading and quiz scores for the week were recorded.  They were given the same survey of week two.

The research was largely quantitative, and as such, we have concrete figures.

For the pop music test: A bit over half improved, and those who did, improved their scores 39.4% in average.

Preliminary analysis of this small sampling seems to imply pop music had a better effect over student scores than classical music, something that might challenge the notion that classical music improves learning. 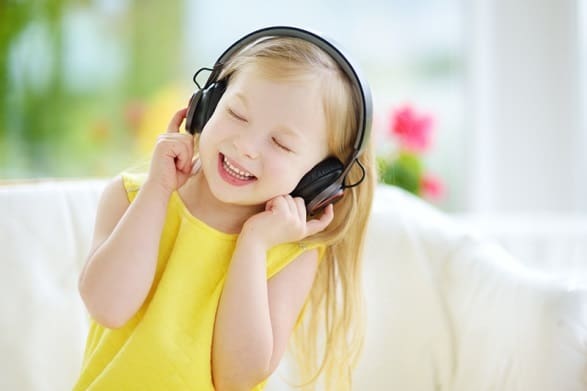 From this research, we can also highlight the fact that students leaned towards pop music, and their scores improved even more with it as well.

Teachers and education professionals can employ a variety of tools and resources to improve the learning of their students in the classroom. Of course, the first step is proving their efficiency; applying them comes second.

The suggestion that pop music is better for learning improvement challenges the popular notion that classical music is better in this regard. We do not think pop music is flat out better, but perhaps younger people have an easier time relating to something more contemporary, and thus, it does not distract them as much.

What are your thoughts on that matter?

Our Take and Recommendation

There is more thought and nuance to applying music as a learning aid besides playing music through a loudspeaker, as the researcher found.

Music could have a larger impact if different variables were thrown into the mix, but as it stands, the study we viewed, as well as those we referred to, demonstrate that there is a benefit.

Considering how low-cost and seemingly instant the benefit is, we believe there is no reason to not implement music generally across education levels. We see individual teachers applying it constantly, but a generalized effort could not only produce more reliable data, it could also improve learning and thus reduce stress for students.

From our own experience, we break the benefits of music for learning in the following way:

We know some people might have genuine reasons to work in a silent environment, but if you’re trudging through a difficult topic, have problems concentrating, or want to improve your efficiency, why not listen to some tunes? It might help you immensely, and it costs nothing!

Full study that is summarized here in this article.

Learn more about Soundtracking in the Classroom

LEDs in ART!
Put the A in SEAL