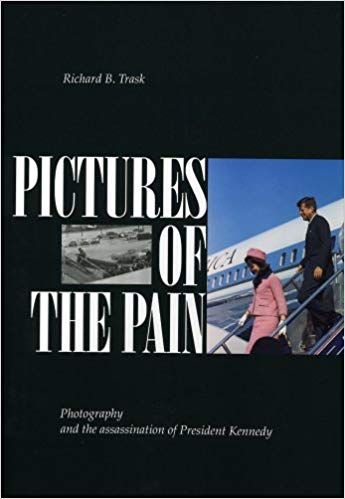 No matter where you were on November 22, 1963, you remember that moment. At least that’s what I’ve heard. I wasn’t alive at the time, but that’s what my parents have always told me.

I liken it to when I heard the news of 9/11. I remember I was in my classroom, teaching 6th grade music when the guidance counselor came into my room and whispered into my ear what happened. It just didn’t register. I gave her a confused look. She said, “Come to the library on your free period. We have TVs set up there.” And so, after finishing my class and sending them on, I went upstairs. That’s when I saw what terrible event occurred.

For my father, 16-years-old at the time, the assassination of President Kennedy hit hard. In the years that followed he began to research the photography of the event, wrote articles and books about it and is now considered one of the lead experts on the photography of that day.  I remember when the first cartons of Pictures of the Pain, a 638 page, in-depth, no-detail-unearthed, resource book with over 360 illustrations, came to our house. He was proud, I was in awe and it was then that I realized how one event can truly change the course of your life.

Recently, I came across an interesting and eery audio that encapsulates that moment in history and I thought it fitting to share it here, now.  It is a recording of a BSO (Boston Symphony Orchestra) concert on the day of the assassination.

I supposed the hope of the conductor was to comfort the people who were in such shock at the news.  And he did so in the presence of Beethoven’s music.  Beethoven, the only composer whose name is engraved in the number of plaques spread throughout symphony hall.  The power and comfort of music in the face of tragedy.

Pictures of the Pain – available on Amazon

You can also check out other books about the Assassination of President Kennedy by my dad.

What it Means to Be a SEAL Teacher
So, So Thankful!