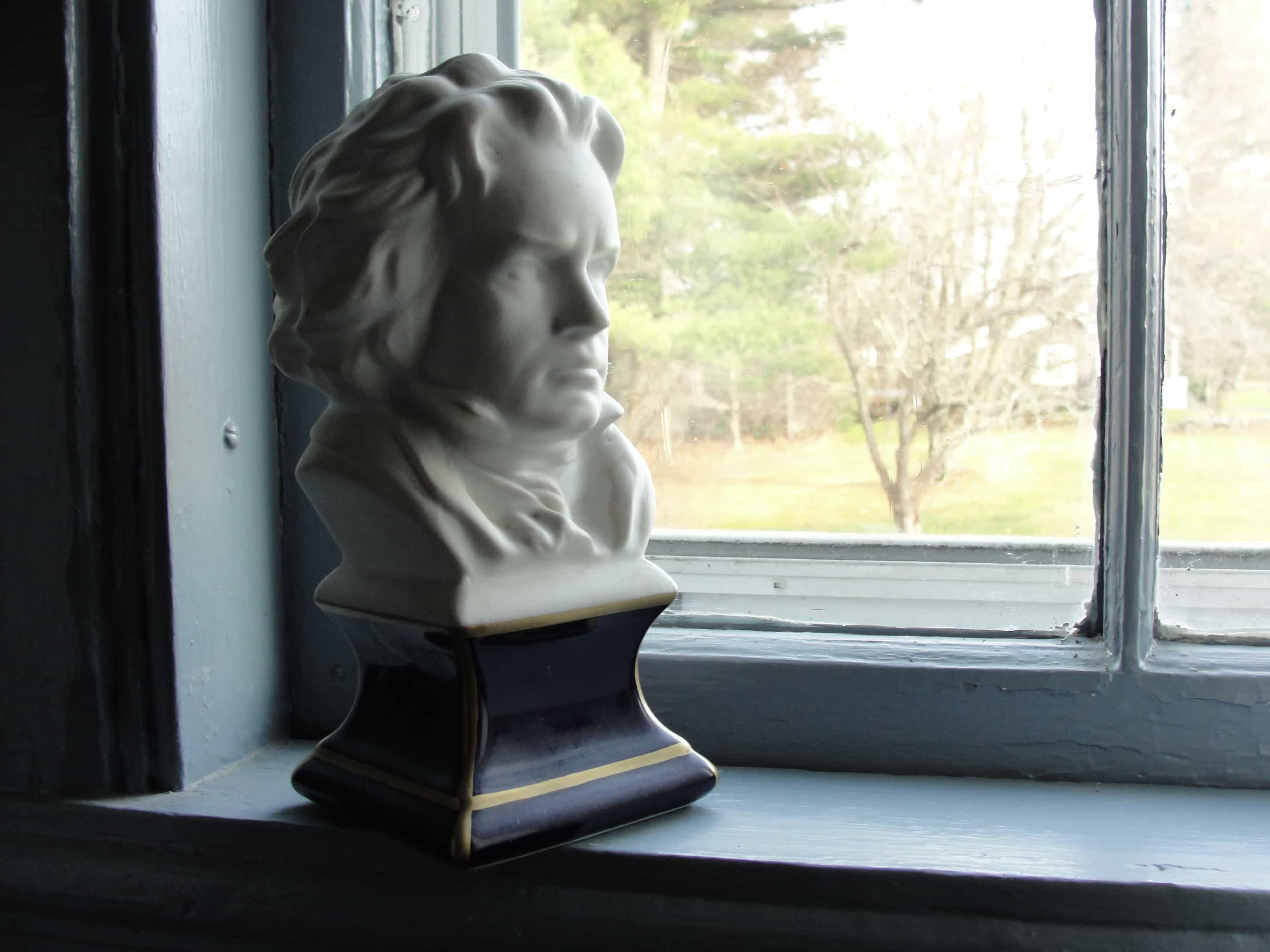 Yesterday morning, my next door teacher did something to me – she played music – and it affected my whole body.  She put on the first movement of Beethoven’s Moonlight Sonata to create an atmosphere of calm in her room and, working in a modified open concept classroom, the sounds infiltrated my room and took over my body, mind and emotions.  Sounds crazy?  Maybe.  But you have to understand that I have a long standing relationship with this piece of music.

Since I was born, Beethoven’s music has played a role in my upbringing.  My grandfather was, by far his biggest fan and everyone in our family understood the importance of listening to, no experiencing his music.  When my grandfather listened to Beethoven it was an experience.   His eyes would close, his arms would move, his facial expressions would transition with those in the layers of sound.  When little, I would look at him in awe finding it both amusing and inspiring.

As I started to take piano, first by imitating my mother play Fur Elise and then later as I learned such ditties as Minuet in G, Beethoven became a familiar character in my life.  He had personalities varying among his pieces.  As I progressed in my piano studies, I would long to play more mature pieces by Beethoven and then finally the opportunity came for me to choose which piano Sonata I would study for my Senior Recital.  I had no doubt in my mind, it would be his Moonlight Sonata!

When my piano teacher and “other mother,” Catherine placed the music for the first time in front of my on the music stand, I was excited and shocked.  I didn’t realize she was going to get me started my freshman year!  For four years I worked on the first movement alone and with every playing, the piece took on more layers of meaning for me: love, longing, sadness, joy, death, birth, rebirth, loss; what can’t this piece express?

One of the most beautiful moments of my life was at the end of my senior recital when I finished the three movements to the applause of my family and friends.  I knew my grandfather had been in the front row listening intently to every note, every nuance and as it ended, I could sense his joy and excitement as he bounded up to greet me as I bowed to kiss me and give me a bouquet of roses.

And so, in this moment, years later, at a time when I’m ashamed I have barely touched a piano in the same way, my friend, Beth, decided to play this piece.  On my dear grandfather’s birthday no less…  And the music brought me back to a different realm of my life.

It makes me wonder about the power of music and how it affects people in so many ways.  It can elicit joy and bring back fond memories, but it can also trigger sadness and anger.  Imagine the things we could do with music in this way with students and peers.  Could we use it as therapy or motivation?

I would love your ideas to be added in the comments.

And thanks for listening to my reflection on such a powerful piece of music.

March into Music and Literacy
The Missing Paint