It’s About Saying It 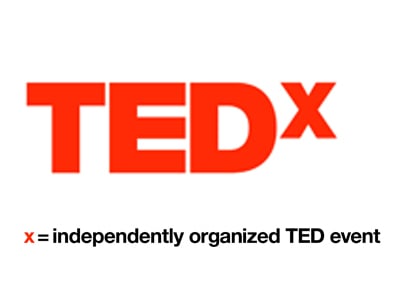 We always want to highlight the inspiring things that teachers do.  Today, I’m excited to bring you the story of Elaine’s process as she prepared to give a TEDx talk entitled, “Three Lies We Tell Children.”  Be sure you watch it.  There’s a great message in her talk and a great message in the process she shares with us here.  ~EMP 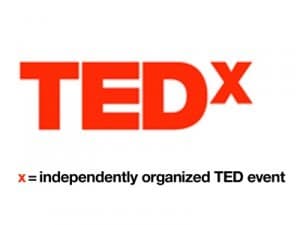 A friend contacted me on a Sunday night.  “I know someone who is organizing a TEDx event,” she wrote, “and I immediately thought of you”.  I wasn’t sure if she made the connection because, like everyone who knows me, she knows that I love most things TED and that I repost TED Talks with the same frequency that others post funny cat videos, or if she thought of me because my blog tends to focus on ideas that I feel compelled to share.  I hoped it was the latter as I began to put together ideas for a talk.

I knew what I wanted to address from the start; I just wasn’t sure how to best approach the topic.  In the wake of a disproportionate number of teen suicides over the past few years, I wanted to send a message to kids that could counter what they seem to hear from the adults in their lives with frightening regularity.  I knew that I couldn’t tackle the topic of teen suicide itself, or even to pretend to know the full range of causes and potential solutions.  So, instead I focused on some of the messages that I’ve been sharing with students in my classes for the past few years.

In putting together my talk, the most nerve-wracking part of the process was the application itself, which consisted of me recording myself giving a sample of my talk and then submitting it for consideration.  I can speak in front of a packed auditorium with no problem, but standing in an empty room recording myself fills me with anxiety.  With some help from a colleague, I recorded myself and then I sent it out immediately, because I knew that if I watched the video I’d be too self-conscious to send it in.

Once I found out that my talk was accepted, I immediately began to have doubts.  I never doubted the message I wanted to deliver, but I doubted everything else.  The event was small and local and I knew that some people would feel that it lacked a certain degree of formality that one often associates with TED events.  I began to worry about the way the event would be perceived by my colleagues, especially after it began to get publicized widely and two colleagues asked on separate occasions if this was a “real” TED event.

Fortunately, the night of the event I was fighting the flu, so self-doubt took a backseat to trying not to be sick on stage.  In retrospect the fact that I was sick turned out to be a real gift, since it kept me focused on what I wanted to say and it allowed me to just talk and to connect with the audience without any inner voices coming into play.

After the event, the real wait began.  As is the nature of TED Talks, the real venue is the TED site, since the vast majority of the people who come to see the talk do so virtually.  I knew that once the talk became public online I would be faced with the reality of sharing it.  Once the talk posted, I spent the better part of a week coming up with reasons not to repost it.  My inner critic had a lot to say on the issue. “It’s such a small venue”, “I already posted the transcript; nobody needs to see me deliver it”, etc.  Then I spent a day wishing that it had been filmed in our auditorium, which is so striking that it intimidated Stephen King when he came to speak last year.  Our auditorium has “the look”.  You can almost hear TED music reverberating through the heavy velvet curtains.

So then, because (over) thinking is what I do, I stopped to think about why I needed the place to have “the look”.  I told myself that the powers that be at TED.com would be more likely to profile it on their main site, but really, it was just as much about my own insecurities and my own baggage.  I wanted the talk to be validated.  I wanted it to feel like it “counted”.

It has been a week since the talk posted and the response has been nothing short of staggering.  I’ve had profoundly honest, engaging conversations with students, former students and adults about topics ranging from the pressure to succeed to the insidious nature of teen suicide.

In the end, I’ve come to decide that it’s really not about the venue, or even the number of people who hear what we have to say; it’s about saying it.  It’s about putting our thoughts out there and then letting them take hold and travel.  That’s the nature of spreading ideas, and for me it meant silencing my inner critic so that those ideas could make their way out into the world.  My talk may never pull in thousands of viewers, but, if one teenager feels a bit more supported and a little less alone it will stand as one of my great accomplishments.  We don’t always get the luxury of knowing the impact that our words have, so in the end, we just have to share whatever truths we can, and then let them fly.

What Makes an Inspired Classroom?
Reflections on My Classroom - Is it Inspiring?