Stop and Smell the… 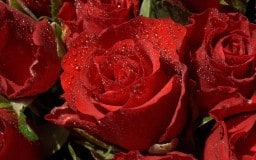 You know the saying, “Stop and Smell the Roses.”  Well, there’s no doubt that is good advice.  Every so often we need to stop what we are doing and enjoy the world around us.

And what is around us?  Oh, so much.  There’s beauty everywhere.  From the things in nature to the beauty in the design of our cup of coffee.

Speaking of coffee, take a moment to stop and smell that (or whatever your morning drink of choice may be) instead of chugging it down in your rush out the door. 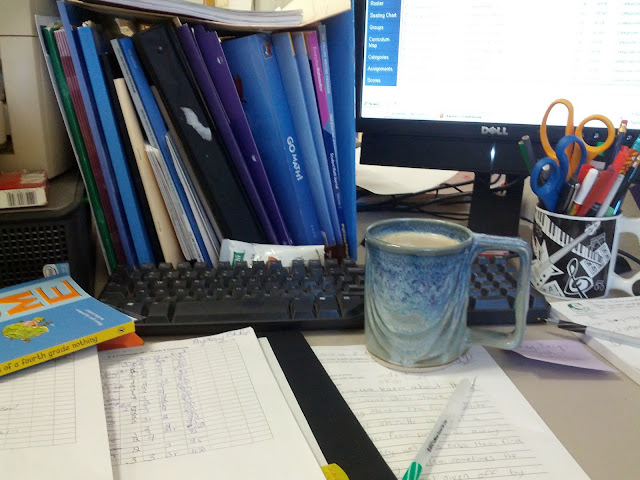 Sidenote: Today The Inspired Classroom is being featured on "The Coffee Shop" website! Please click the pic and stop by to check out this great site where Paloma expresses her Love 4 Coffee (and so much more!)

And while you are enjoying your coffee, please read this thought provoking story about an experience in a subway to see if people really do take the time to “Stop and Hear” the music.

“A man sat at a metro station in Washington DC and started to play the violin; it was a cold January morning. He played six Bach pieces for about 45 minutes. During that time, since it was rush hour, it was calculated that 1,100 people went through the station, most of them on their way to work.

Three minutes went by, and a middle aged man noticed there was musician playing. He slowed his pace, and stopped for a few seconds, and then hurried up to meet his schedule.

A minute later, the violinist received his first dollar tip: a woman threw the money in the till and without stopping, and continued to walk.

A few minutes later, someone leaned against the wall to listen to him, but the man looked at his watch and started to walk again. Clearly he was late for work.

The one who paid the most attention was a 3 year old boy. His mother tagged him along, hurried, but the kid stopped to look at the violinist. Finally, the mother pushed hard, and the child continued to walk, turning his head all the time. This action was repeated by several other children. All the parents, without exception, forced them to move on.

In the 45 minutes the musician played, only 6 people stopped and stayed for a while. About 20 gave him money, but continued to walk their normal pace. He collected $32. When he finished playing and silence took over, no one noticed it. No one applauded, nor was there any recognition.

No one knew this, but the violinist was Joshua Bell, one of the most talented musicians in the world. He had just played one of the most intricate pieces ever written, on a violin worth $3.5 million dollars.

Two days before his playing in the subway, Joshua Bell sold out at a theater in Boston where the seats averaged $100.

This is a real story. Joshua Bell playing incognito in the metro station was organized by the Washington Post as part of a social experiment about perception, taste, and priorities of people.

The outlines were: in a commonplace environment at an inappropriate hour: Do we perceive beauty? Do we stop to appreciate it? Do we recognize the talent in an unexpected context?

One of the possible conclusions from this experience could be: If we do not have a moment to stop and listen to one of the best musicians in the world playing the best music ever written, how many other things are we missing?”

Have you heard this story before?  It’s been floating around for a while.  I find it interesting each time I read it.  How often have you actually stopped to enjoy what you are doing in the moment or what is around us?

Whenever I head into Boston, I love listening to and watching the street performers and subway musicians.  No matter their talent: whether it be an off-key karaoke singer, a soulful folk singer with a guitar or an energetic bucket percussionist, I always have to stop and take in the performance they are giving.  My kids now know that’s just what we do.  We stop and enjoy and then both my little cuties ask to put in a dollar or two.

So what does this mean for us as teachers?  Take moments here and there with your students to stop and take in things around you: the sound of kids’ laughter on the playground, the taste of the snacks at snacktime, the design of the materials they use day in and day out, nature on the playground.

To me, this also means that every so often we need to stop and do something great and creative in our classrooms.  Just as you may stop the busyness of your day to smell the sweet fragrance of a rose, we have the ability to stop the normal schedule and allow our students and ourselves to be creative.  That’s why I began conducting Studio Days in my classroom.  Even I have to tell myself to stop every so often and allow for this time. And, no matter what, it’s always worth it!

So STOP at some point today and enjoy the things and people around you and do something creative for yourself and your students.

So… what are you going to do?

The Earth Without Art
Inspired by the Common Core...Wait, What?