Growing Up Online: the Tidal Wave of Devices in the Classroom

by guest blogger | STEAM and Technology in the Classroom | 2 comments 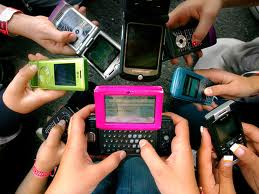 A tech infused education is important, but so is some good old-fashioned face to face time.  Here is a great post from a guest blogger who shares her perspective on the matter.  Be sure to comment and let us know yours!  ~EMP

As internet companies like Google and Bing grow from startups into institutions, the world at large is becoming more of a global community than a collection of individual bodies.  The internet is also increasingly defining the way we do business, conduct commerce, and even educate our children, from the Amazon all the way to my hometown of Anaheim.  We have already struggled as a society to adapt and define boundaries promoting safety, individuality and privacy in a world that is progressively smaller, more collective, and more transparent as a whole.  How, then, do we as parents and concerned global citizens relate and regulate the blessings and dangers of this brave new world to the generations that are growing up online?  In the end, is it about educating the global village, or tutoring Anaheim kids?

Back in the day, schools that were with the program had computer labs—banks of giant monitors and humming CPU’s with lots of fans in the room to blow around the heat generated by antediluvian word processors and 2-gig hard drives. Today, my teenage son’s smart phone has eight times the hard drive capacity of my first Apple!  He needs all of that storage, of course, for his decapitated zombie games and 10,000 dub step songs.  A few years ago, he would have gotten into big trouble for bringing the phone out during his AP Chem class.  These days, he says, he wouldn’t be able to participate in class as well without it.

When cell phones first began appearing in schools across America during the mid-1990’s, the response was swift and lethal.  Teachers and parents alike declared that there was no room for the distractions of texting, or Tetrus, in the classroom.  Phones were forced into hiding, snuck into schools and hidden under desks, as kids resolutely continued playing games and texting one other their love, hate and teenage angst, risking detention to bully or woo one another.

Today, school board policies are shifting as the seemingly inevitable tidal wave of technology erodes old notions of how a good education ought to be delivered.  The educational value and potential of cell phones and tablets becomes more apparent on a daily basis, and those devices are coming back out into the open classroom.  Mobile tools and apps are increasingly crucial to schools’ daily functions.  Some schools even issue iPads at the beginning of the year, offering students the opportunity to buy them at significantly reduced rates at the year’s end.  Other schools are scrambling to adapt to the role that technology is already playing in their student’s lives. 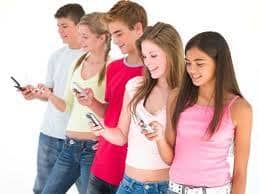 Unfortunately, due to the fact that school funding is tied to property taxes in many school districts, a student’s relative income may have everything to do with whether their school is able to educate them for the future.  The irony is that schools who are left in the dust in terms of funding are winding up giving their students more in terms of vital face-time with actual, human teachers, and I say, good for them.

Of course, the importance of assessing and assuring our children’s place in the technocracy of the new global society cannot be underestimated.  And the truth is that, no matter to what great extent technology comes to dominate the classroom and our lives, there is only a certain amount of learning that can be facilitated by a device.  There is no question that our educational system is in crisis mode.  Schools are struggling to make up for dismal student-teacher ratios and the funding pitfalls that have slashed budgets for the arts, music, and sports.  Parents must balance the snowballing effect of the role that technology is playing in the lives of our children with bolstered efforts at family interaction.

As a busy working single mom, I found that getting a tutor for my boy really helped our relationship.  My “interface” time with my son is really precious to me.  I choose to use that time to learn more about whom my child is, and whom he is becoming, rather than struggle trying to help him with topics on which I, honestly, am not that up to speed.  As he spends more time working with the tutor, his grades are improving.  We have more of “our” time (i.e., “put our phones away” time), and, for a few hours a week, my son gets the opportunity to interface one-one-one with an actual human being who actually knows what they are talking about!  Everyone wins.

No matter to what extent devices are coming to replace teachers in the classroom, it’s my opinion that one-on-one teaching is still vital to a well-rounded, strong education.  In these days of AP Chem webinars and 50:1 student teacher ratios, I have found that getting a tutor for my son has been the best alternative to quitting my job and going on welfare so that I can teach my kid myself.  Mobile devices are amazing learning tools, but in the end, no tool can replace a teacher.  Maybe I’m old-fashioned, but leaving my son’s education up to a cell phone just isn’t an option for me.

For an added bonus, we are also including a great infographic titled Psychology of Social Networking.  It’s by Sarah Wenger.  It give some interesting points to ponder.  ~EMP