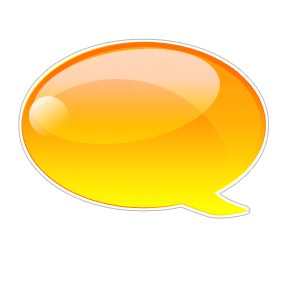 In Elizabeth Gilbert’s New York Times Bestseller, Eat, Pray Love, she and a friend discuss the fact that every city -and every person- has a word. Rome’s is “sex”, the Vatican’s is “power,” New York’s is “achieve” and L.A.’s is “succeed”. When the friend turns to Elizabeth and asks “what is your word” she struggles to answer, and only later on in the novel does she discover her word. (Join the book group to find out what it is).

While turning this idea into a discussion question for the Eat, Pray Love book group, I decided I would try and also turn this “what is your word” idea into an end of the year project for my freshmen honor’s classes next year. I asked my husband his opinion and while bouncing ideas off him, he asked what I thought the word for the class of 2013 would be. “Heartbreak” was the first word out of my mouth, and “sadness” was a close second. Teaching this freshmen class was just that – heartbreaking and sad.

In February, we lost a freshman to suicide. The pain that class felt was palpable, and lasted right up until the last day of school. Unfounded accusations ran rampant that the student was bullied, and even after the parents issued a statement that the student had been dealing with depression his whole life, the rumors continued. Then, a couple of month’s later, tragedy hit the freshmen class again. We lost another student to a fatal car accident.

As a new teacher, I was at a loss as to how to help these students. Even the veteran teachers I work with were at times at a loss for words. We dropped our units on Romeo and Juliet and Antigone because we knew the pain was still so fresh. But it still seeped in. We were told that we needed to name what happened- that we needed to use the word suicide and not dance around the issue or romanticize what happened. Each time I said the word, I felt like I was piercing the hearts of my kids. I felt like I was treading water, even more so then usual.

So I joined a yoga class. Mostly because I wanted 10 minutes where I would just relax and not think. Detachment is one of the principles taught in yoga. Through this detachment, we are asked to “relinquish our need for control, thereby allowing creative solutions to emerge from the wisdom of the uncertain”. We were asked to also try this in our own lives. Easier said then done, if you asked me, but I decided to try it with my students.

I sat down and had a long talk with my kids. I discovered that the deaths most affected my special needs kids. I asked them what we could do to better help the climate of our school. The said they wanted to raise awareness about bullying by selling anti-bullying bracelets. So, that’s exactly what we did. We ordered 300 blue and white bands that said “Be Your Own H.E.R.O.” on one side and “Help Everyone Reach Out” on the other. They sold out in 1 week. We also started a Facebook page and have over 200 members. It was an amazing experience.

On the last day of school, many students popped in to say their goodbyes. While watching these mature, young adults leave I realized two things. First, the word for this class is in fact not “heartbreak” or “sadness” at all – but “strength”.  And second, I think I may have learned more from them then I thought I did.

What is your word?

Pleasure, Experience and Art
I Love it Too!