Don’t Let Your Cheese Get Moldy 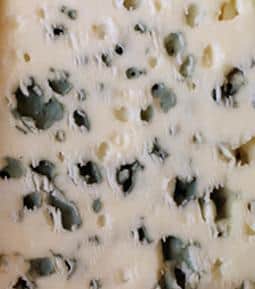 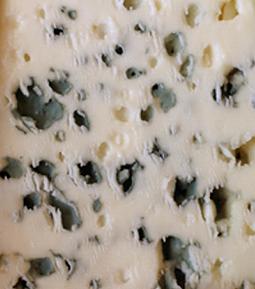 In his parable, Who Moved My Cheese? (G.P.Putnam’s Sons, 1998), Spencer Johnson exposes many human behaviors as four characters (two mice and two Littlepeople) live in a maze searching daily for their cheese.  Cheese is used as a metaphor for things we work for, need, and desire in life.   It makes us happy.

The two Littlepeople find a cheese station filled with lots of cheese and they return to it day after day to enjoy the cheese that has become theirs.  But then, one day they mosey over to their cheese station to find it’s gone!  They are confused, angry and hurt.  The disappearance of their cheese, this major change in their livelihood, has completely taken them by surprise.

It doesn’t occur to them that the cheese has not been taken away from them, nor has it just…disappeared.  “Later, as Haw looked back on things, he realized that the Cheese at Cheese Station C had not just disappeared overnight, as he had once believed.  The amount of Cheese that had been there toward the end had been getting smaller, and what was left had grown old.  It didn’t taste as good.

Mold may even have begun to grow on the Old Cheese, although he hadn’t noticed it.  He had to admit however, that if he had wanted to, he probably could have seen what was coming.  But he didn’t.

Haw now realized that the change probably would not have taken him by surprise if he had been watching what was happening all along and if he had anticipated change.” (p. 51)

I learned so much as I pondered this idea, realizing how much this relates to our education system.  To put it bluntly, our education system is getting moldy and we need to look for some new cheese!  The signs have been there for quite some time.   Our children are not equipped fully for the workforce.

I know there are exceptions and there are plenty of kids who “make it”(I’d like to think I’m one of them), but the world is buzzing with the issue of workforce preparedness (and I’d like to also emphasize the need to instill positive culture into our children).  Our world is different.  We live in a world of overflowing information.  Change occurs in drastic measures daily and yet, our education system does not.

Johnson reminds us, “If you do not change, you can become extinct.” I would hate to see this happen to public education.  Public education is too important!  But there needs to be change.  (Thankfully there are wonderful examples of this change across the country.  Please share those stories!)

And then there is the issue of testing… that’s like taking a piece of molding cheese and putting it on a stale piece of toast.  Hungry now?   Well, neither are our kids.

I was reading an article from AFT’s summer 2010 American Educator which features an article called “In Need of a Renaissance” by Diane Ravitch.  Ravitch is a former Assistant Secretary of Education (2005) who once fully backed NCLB.  Now, she sees its ineffectiveness and is working towards change.  (You can make your own opinion on how well she’s doing with that.)  But, one thing is for sure:

She smells the mold.

This is thinking grandly, and you may feel very detached from the real goings on in education “reform” at the national or even state level.  But we teachers have the ability to sniff out the mold.  In fact, I believe we are the real proponents for change!  We, the teachers, are the means for real reform.  Teachers are with the children and families that make up our communities and teachers have the power to advocate for what education should be.

Change from the ground up can start in our own schools and classrooms.  Johnson encourages us to “Smell the cheese often so you know when it is getting old.”

How do I take this and apply it to my teaching?  I plan to look more closely and more regularly at what I do in my own teaching.  Are the students involved? Motivated? Owning their learning? Asking me questions?

There have been times when I look out at my class and see that what I’m doing just isn’t good enough.   Sometimes I need to change on the spur of the moment, sometimes it is something I need to plan for, and there are some times when find myself not changing.

“The more important your cheese is to you, the more you want to hold on to it.” Those lessons and activities that have worked so well in the past, the ones that I have designed myself, put so much thought and effort into…they don’t work every year, with every class and in order to benefit my students, I need to remember not to give every student the same cheese.   It’s at those times where I’ll need to remember, “The quicker you let go of old cheese, the sooner you find new cheese.”

Teachers always need to be on top of their game and often that means change.  Well, it looks like I’m going to have a lot of sayings going through my head this summer as I prepare for next year, but I think I can simplify it by posting a one word sign in my room – Cheese!

How do you know when your cheese gets moldy?

Cheese, Fear and Laughing at Yourself
The Importance of Collegiality